Home >> One more problem with Self Publishing

One more problem with Self Publishing

There are loads of problems with self-publishing, but this is one that many may not have found.

I decided to republish The Guide and was counseled by a good marketing firm to use a new cover and new ISBN and then give that edition a marketing push. Problem is, they had most of their experience with print books. Here’s the rub.

I got another ISBN, new cover, and did the deed with POD through Lightning Source Inc. Good so far. It’s great I think. 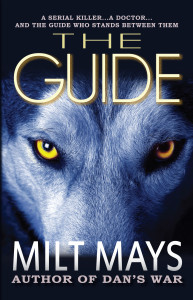 I got another ISBN, new cover, and did the deed with Kindle Select e-book.

I found that when I searched for The Guide on Google, all I got was the old cover. Not so good.
I called Amazon, and they linked all the editions up, and said once the sales of the new edition took over sales of the old, then the new cover would come up, but at least the new cover would be in a thumbnail at the bottom with “New Edition available.”

I asked my friends to search for The Guide and they got the old edition, consistently. Called Amazon again, under author central, and they said they could help me with the print version, but not the KDP select version. One thing at a time, okay. Now the print version consistently comes up with the new cover.

Called KDP Select and things fell apart. The “helper” unpublished the new version before I okayed it. Yes we had talked about it, but no, I had not totally approved it. So now, in the middle of marketing push, the new version is not available. His reasoning was that I would just modify the old version by uploading the new version cover and interior into it, and I’d be good. Problem, none of the old reviews would be available for 5 days, right in the middle of a marketing push. If I would have known that last week when I talked to Amazon, no problem, would have done it, and everything would be cool now. But the POD guy didn’t get the KDP side and never mentioned they were two different ball games.

Bottom line: E-books are different!! Duh.
If you want to publish a new edition with new cover, only get a new ISBN for the POD book. For the e-book, at least on KDP Select just keep the old ASIN number and modify it by uploading the newer cover and interior and everything will be cool in 12 hours. All the old reviews will be there. All the new cover will be there. If you un-publish the first edition, there will be a 5 day lag between getting reviews linked back onto the new edition. Okay if you’re not in the middle of a marketing push. But not good if someone new looks up your book and sees NO reviews.

Why didn’t the Amazon guy tell me that last week and refer me to KDP select for answers? I guess he figured I already knew this, I was a pro. After all, I had already published other books. Yeah. Not. I had a lot of coaching and I’m a techy numbnuts.

Hope this saves some of you some heartache. Good luck.