Many unusual characters work in Anodyne Eyes, my thriller, sci-fi novel. To better understand them, read below where I review Alex, Jabril, Rachel, Dan, and Jeff below. These characters are in the prequels, Dan’s War, and The Next Day.

First, meet Alex, the father of Alexis, a fun-loving, adventurous guy. He works as a genetic engineer. Most importantly, Alex becomes a major character in the prequel, The Next Day

At 8:46 a.m. on September 11, 2001, Alex faints while working on a new virus. At that moment his girlfriend incinerates 3,000 miles away in D.C. where a terrorist crashed a Boeing 767 into North Tower. The day after 9/11 (Yeah, the next day), he starts changing into an unusual creature, one he initially despised. Conclusion: Did the virus change him?  When terrorists attack his lab because they want bio-weapons, his new powers come into good use. Soon he will need them even more against Jabril El Fahd.

Next, meet Jabril, brought up a happy farm boy in Iraq with his mother, a nurse, and his kind father.

The U.S. embargo starves and kills over 500,000 children. His mother gets sick and dies due to the lack of antibiotics. Holding his dying mother, Jabril swears to avenge her death. His father turns jihadist and promises Jabril to bin Laden. Jabril rises through the ranks, smart, brutal, and unstoppable.

He plans to spread a bio-weapon developed in a secret Jakarta lab, hidden from American inspectors. The week after 9/11, he infects himself with a virus to kill millions of infidels. But, an ex-Army special forces contractor guard, Rock, recognizes him in the Jakarta airport, and subsequently tracks him. Jabril slaughters the scientists in the Jakarta lab and barely escapes Rock. He explodes the lab, and travels to the U.S. On the plane he begins changing into a brutal monster, thrilling at his newfound power.

Rachel works for the same company Alex does, only she works in the D.C. lab. Despite breaking up with him, she still loves him. Because her passion is wilderness photography, she travels to vacation in Rocky Mountain National Park. On the way, she stays in Denver, at her grandmother’s, a survivor of the Depression era, who left her house to Rachel. On 9/11, she camps, snaps photos, and fly fishes in the back country of Rocky Mountain National Park. She dreams of Alex while her current boyfriend is killed by a plane crashing into the Pentagon.

The day she hikes out of the Park (Yeah, The Next Day) a serious Sergeant tells her of her boyfriend’s death and whisks to her lab in D.C. There, she hears of the attack on the Amazon Lab. As a result, she decides to go help Alex. But, a sleazy U.S. senator gets word her company makes illegal bio-weapons, and subsequently he uses his connections to shut down their operation. She narrowly escapes and in a harrowing boat ride across Chesapeake Bay meets with Sam Houston, a CIA agent par excellence. Then he flies her in his private plane to Chile, and additionally to end up at the Amazon lab to help Alex. Sam is the one character who ties Dan’s War, to The Next Day. He’s rich because of a million-dollar surf board business, which allows him unusual friends, deep cover and money to spare.

Dan Trotter we meet in the other prequel to Anodyne Eyes, Dan’s War. In spite of his Asperger’s syndrome, Dan functions well as CIA computer geek and make-up artist. He wants to live up to his father, a pilot and hero in Vietnam.

Partly due to his Asperger’s, Dan sees his loved ones in a green hues and bad people in red. He dislikes touching people, but loves his son, Jeff, and his wife Marci with a bottled-up passion. When Marci starts having an affair, and his son gets a drunk-driving ticket, Dan loses it. He’s spent his after-hours earning extra money for Jeff’s college fund, writing computer programs to interface with nanobots. And now, because of Dan’s program, an OPEC insider starts destroying world oil using nanobots interfaced with oil-eating bacteria. As a result, world war starts. Finally, Jeff may not go to college because he joins the Army.

After a heated argument with Jeff and Marci, Dan and his friend and field agent, Fred, must rush to Venezuela in order to investigate oil wells drying up. There, all hell breaks loose with the Venezuelan mafioso and a Louisiana gay character named Remmy. Fred is killed. Dan runs for his life through the jungle, dodging bullets, finally saved by a beautiful Louisiana Marine in a helicopter. As a result, Dan falls for her, in his odd way.

Sam Houston, the surfboard magnate, CIA field agent we first met in The Next Day now helps Dan. As the only character who runs through all three books, Sam ties them all together.

He parachutes onto Pensacola Beach and joins Dan, the Marine beauty, and his friends. Their mission: to stop whoever is causing oil wells all over the world to dry up. Subsequently, Dan finds out that one of his programs is being used by an OPEC insider to couple oil-eating bacteria with nanobots, destroying oil in all the OPEC wells, causing a world Oil War. And then he finds out Jeff joins the Army, so he redoubles his efforts to save the world, and his son along the way.

a happy teenager, great at basketball, enjoys sex with his girlfriend in the back of a ski bus. Because he gets caught driving drunk, argues with his dad, finds out his girlfriend is pregnant, he decides to join the Army when the Oil War starts. It wouldn’t be so bad, except he’s sent directly to the front in eastern Texas, where he gets trapped, under fire in a Humvee with a crazy sergeant.

Hope you enjoyed this deep dive into characters of Anodyne Eyes. For a better understanding, please click on the two prequel books listed below.

Have a great week. Fall is coming–soon I hope. I am tired of 90 degree heat! But at least I don’t have to worry about hurricanes here in Colorado. I can wade into a 55 degree river and catch beautiful rainbow trout on a dry fly. Can’t hate it. That’s why I wrote the other book The Guide. 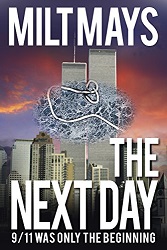 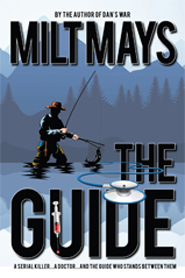