Why write? Everyone has their own reasons,

but I suspect they all boil down to, “I write so people will read my book.” 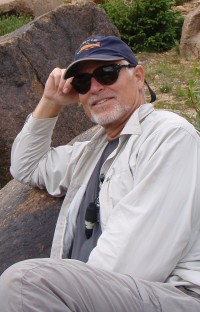 thinking of what to write, after I get back from fishing!

Why do I want people to read my book?

Because I want them to learn and feel what I did after I’d written it. To thrill readers with an adventure, wonder, give them hope, make them cry or sometimes shout with joy. I always loved Michael Crichton so this novel needed that flavor: near future, business and government screwing up science.

The first novel, The Next Day, I started writing immediately after 9/11.

I experienced so many feelings stuffed into a tiny box together, patriotism, sadness, anger, hatred, love, all about to explode. I needed to figure out why this happened.

Islam was not a religion of hatred or murder. How could someone with so much passion for Islam become so hateful toward other humans to the point of murdering thousands? From Naval Academy days, I had picked up a book when studying Islam called The Meaning of the Glorious Koran, translated by Mohammed Marmaduke Pickthall. Now I read it in earnest, in addition to many, many websites.

On the other side of the coin, there were Americans, my compatriots, wanting to strike back at ALL Muslims. Everywhere. Kill them all. Some of my Naval Academy friends said, “Nuke ‘em ‘til their sand turns to glass.” My medical partner at one time was Muslim and Pakistani. She and her family suffered a lot just trying to pray in her back yard. It became an obsession to write these things into the novel.

Could there have been WMD that Iraq hid?

The President and his Weapons of Mass Destruction thought to be in Iraq, but then never found. What if there really were WMD, like bioweapons, easily hidden away to be used quickly. A movie had come out a year before about mutants, X-men, and my medical mind thought it possible for viral and bacterial infections to mutate human DNA. Quite possible, it turns out. And what if that mutation caused the humans to enhance their underlying personality traits, good became better, bad became evil. Alex Smith and Jabril El Fahd were born. A battle of good against evil started forming.

How would it feel if I had been completely isolated from the news on 9/11, yet had loved ones killed in those events? I would be furious, crazy with the need for revenge. Alex Smith and Rachel Anne Lane felt that way, too, in the beginnings of the book.

And then came the cast of characters

After researching all things Islam, WMD, mutations, bio-warfare, I developed the characters into unusual people, people who loved the environment, wolves, rock-climbing, fly fishing, wilderness photography, one major character an Apache Indian, the Navy and NSA, just so much FUN to write about!

Because of the nature of the characters and the problems, the novel involved many nations, spread around the globe, ending with the battle between good and evil in my home state of Colorado at the Royal Gorge. It required multiple mistakes on time zones, careful study and restudy of travel times by air through multiple time zones. I needed a story line strung around the room!

Finally finished, I had to find a literary agent—Yeah.

That didn’t happen. After shopping 20 agents, I began another book, put The Next Day away, only to have it reappear after writing and publishing two other novels. It took a year to get it changed from WordStar to Word, to improving the writing, to editing, to publishing. But it’s there now, for all to read. Many of the characters are used again in the sequel, Anodyne Eyes, which also uses characters from Dan’s War.

I hope you enjoy each book in turn, though they are all stand alone. You do not need to read them in sequence, but I think you will enjoy Anodyne Eyes more if you read The Next Day first, then Dan’s War.

I will talk about what it has taken for a science and math guy like me to become a writer. Back to school!

Sign up below and get The NExt Day FREE!