Since my first memory, thanks to my dad and his love, fishing has been a part of me. And recently, finally, after years of hoping, I made it to Alaska. 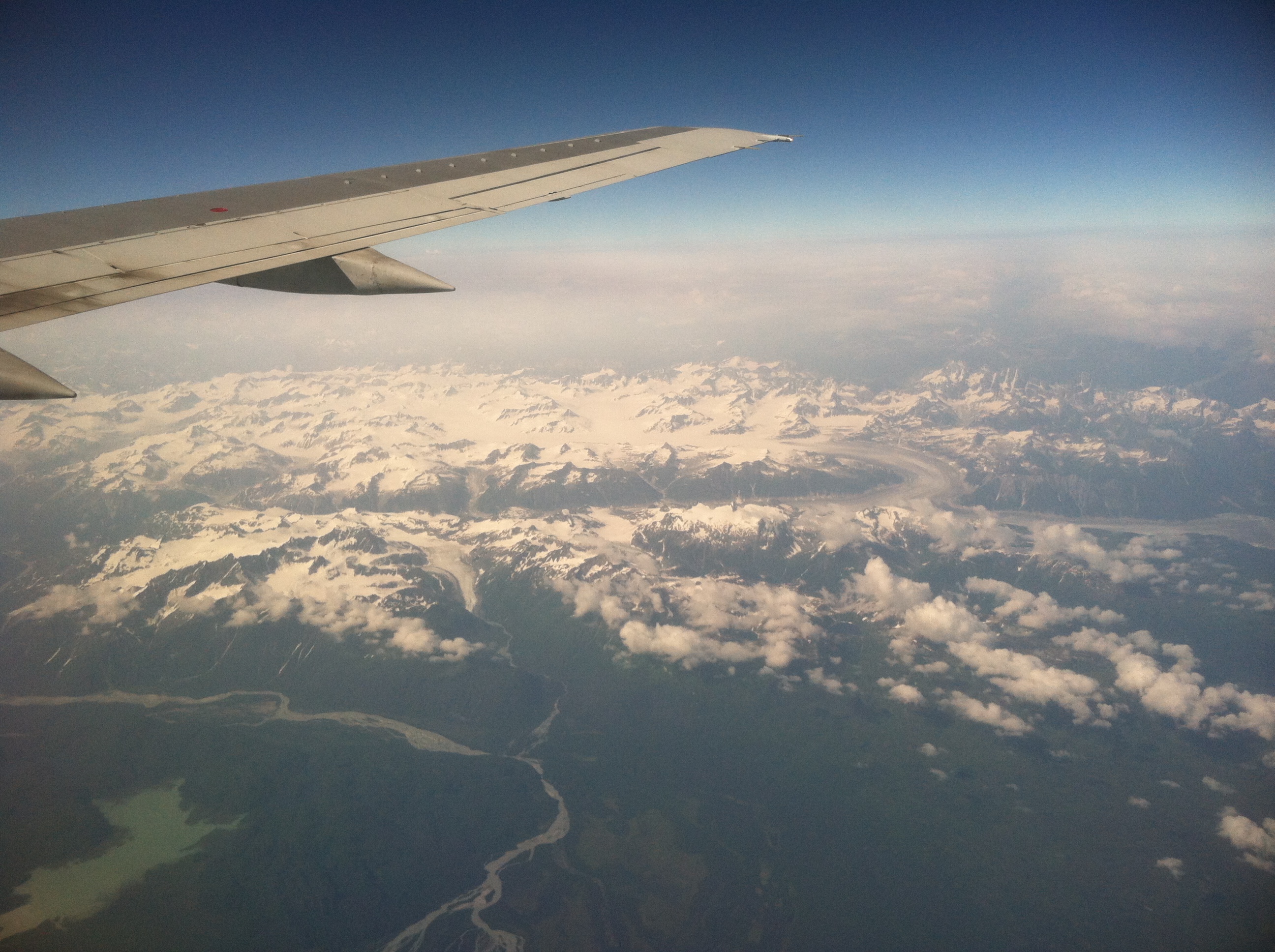 Why fish? Because I love wilderness, and fishing takes me there. And over twenty years ago I decided to only fly fish. I’ve fished Scottish highlands, Colorado lakes and rivers over 11,000 feet high, Yellowstone rivers, and the Gulf of Mexico with no other boats in sight. Alaska may be the last great wilderness for me to see, right now. Where we went, you have to fly in on bush planes called Beavers. 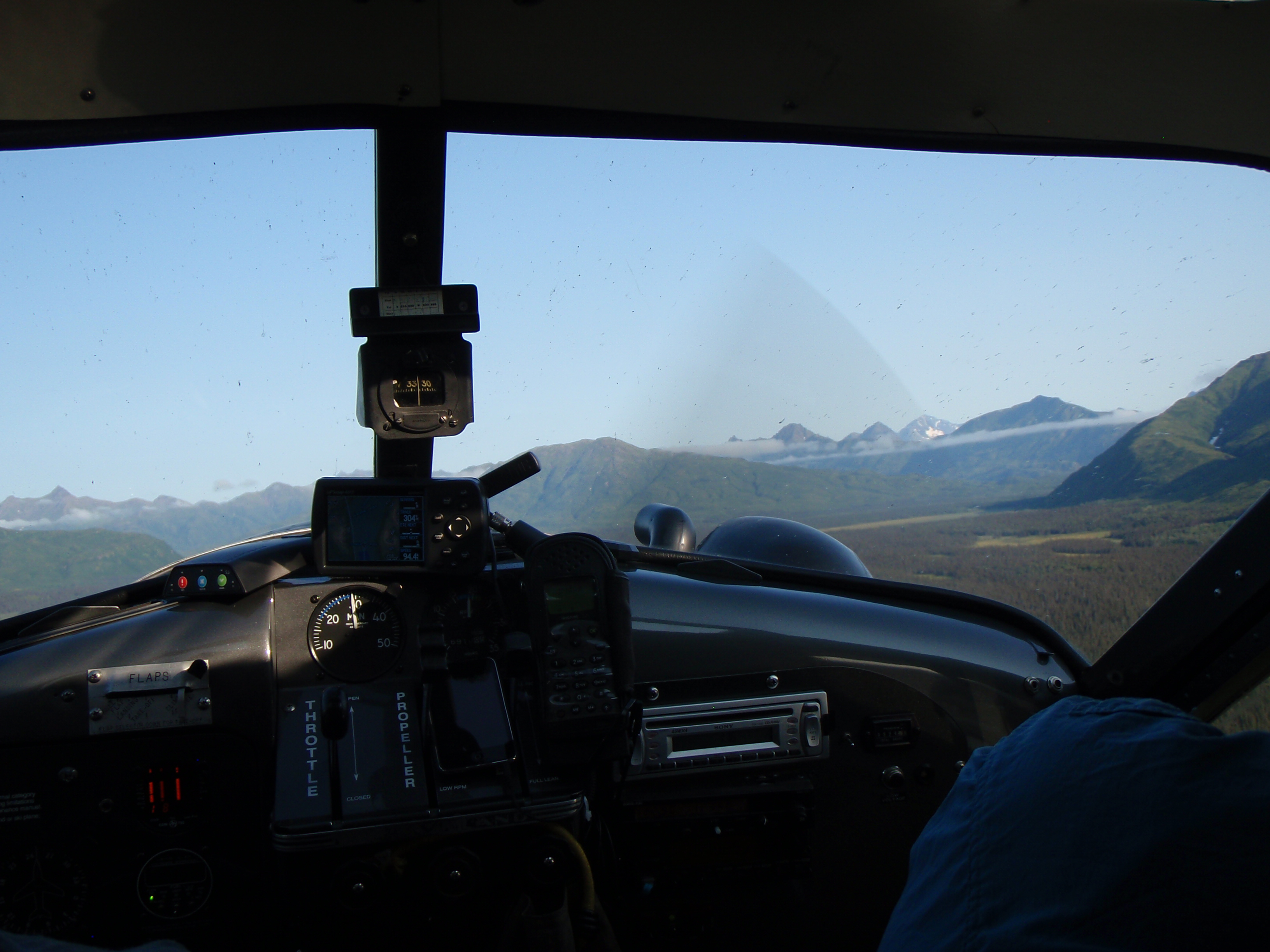 Unfortunately, each place I also saw the result of climate change, all of which made me agree with Obama and disagree with Romney: more and stronger hurricanes in 2004/5–Hurricane Ivan drove us out of Pensacola; millions of acres of beetle-killed trees in the Rockies and this year over 8 million acres of forest fires, the High Park Fire visible from our back yard; and in Alaska, fewer salmon. They are moving north to rivers that used to be iced-over. They like it cold. I guess Yemen has salmon, too. I prefer the scenery in Alaska. 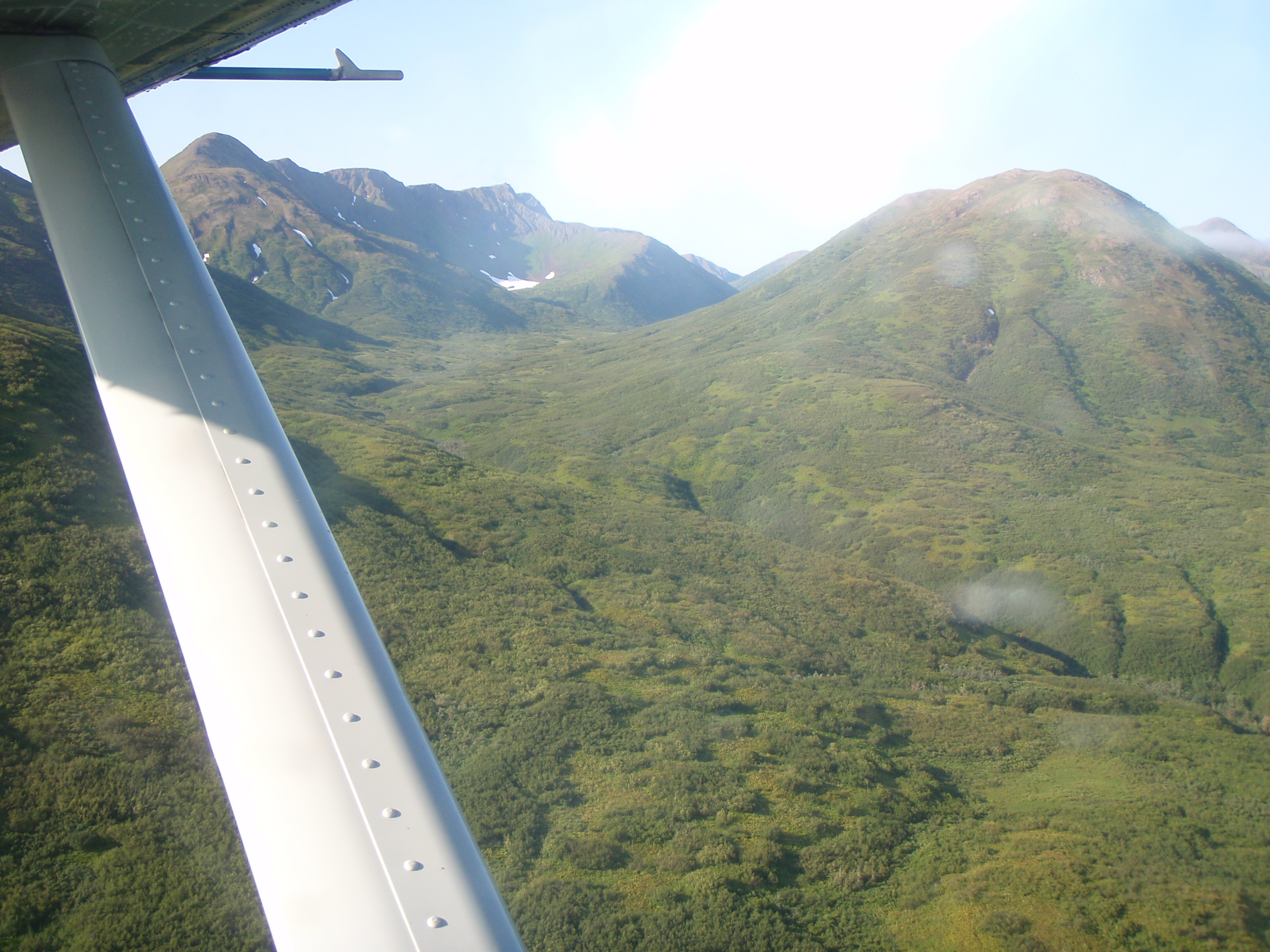 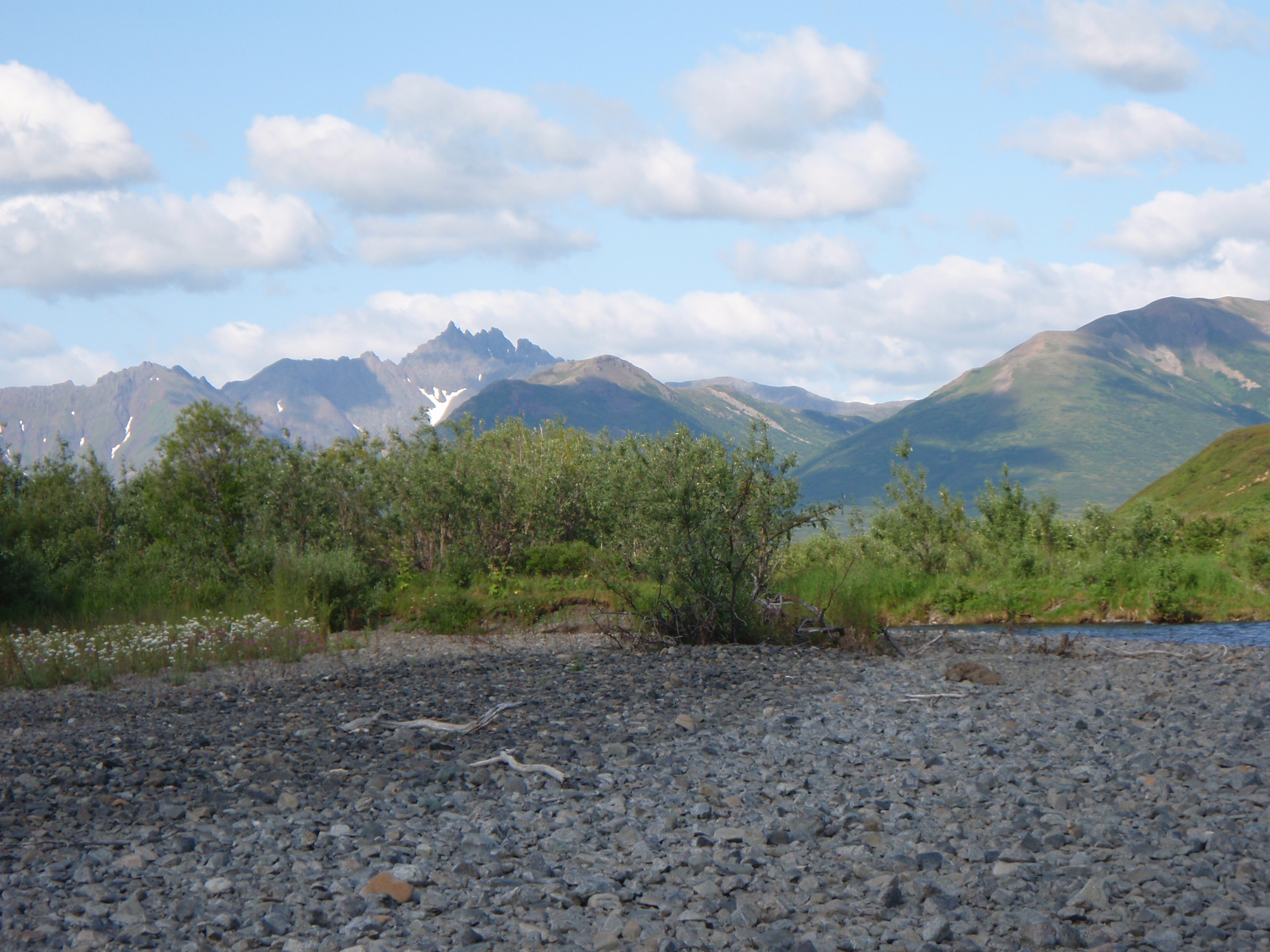 Most of the time I have fished by myself. There is something about being alone on a boat in the Gulf, or wading in a mountain stream. The quiet sooths and my thoughts wander wherever they want, mostly writing stories. I love it. Though I have to say, fishing with friends or family has its own draw. Especially in wild Alaska, where brown bears (Grizzlies–big ones)have never attacked three or more people. That’s what my two other friends on this trip kept telling me. Now, in Colorado, where I live, alone is fine. I can be on two rivers in a half hour, fish on. Fish on!

Alaska started out landing in a small lake and putting together the pontoon boat. 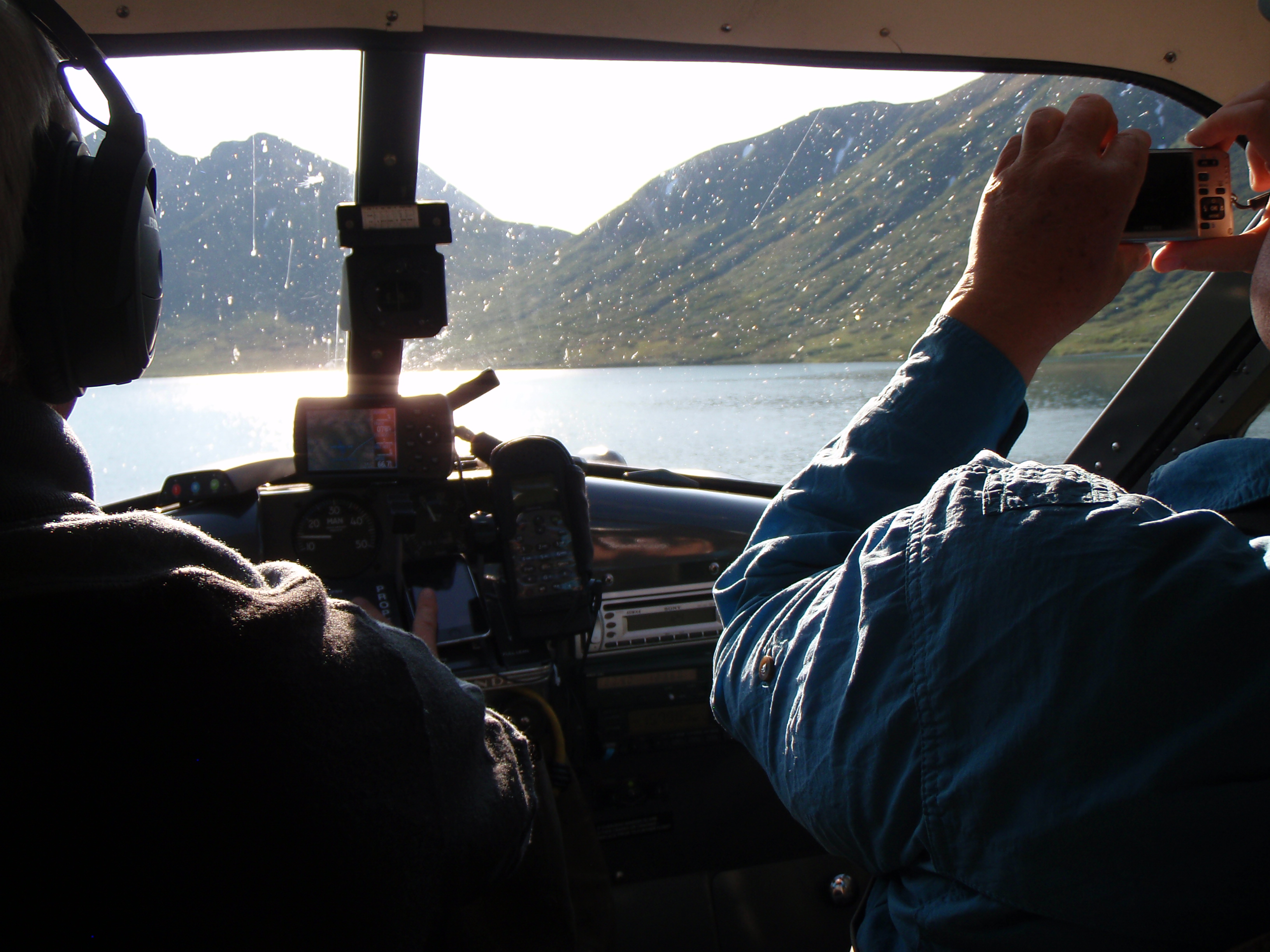 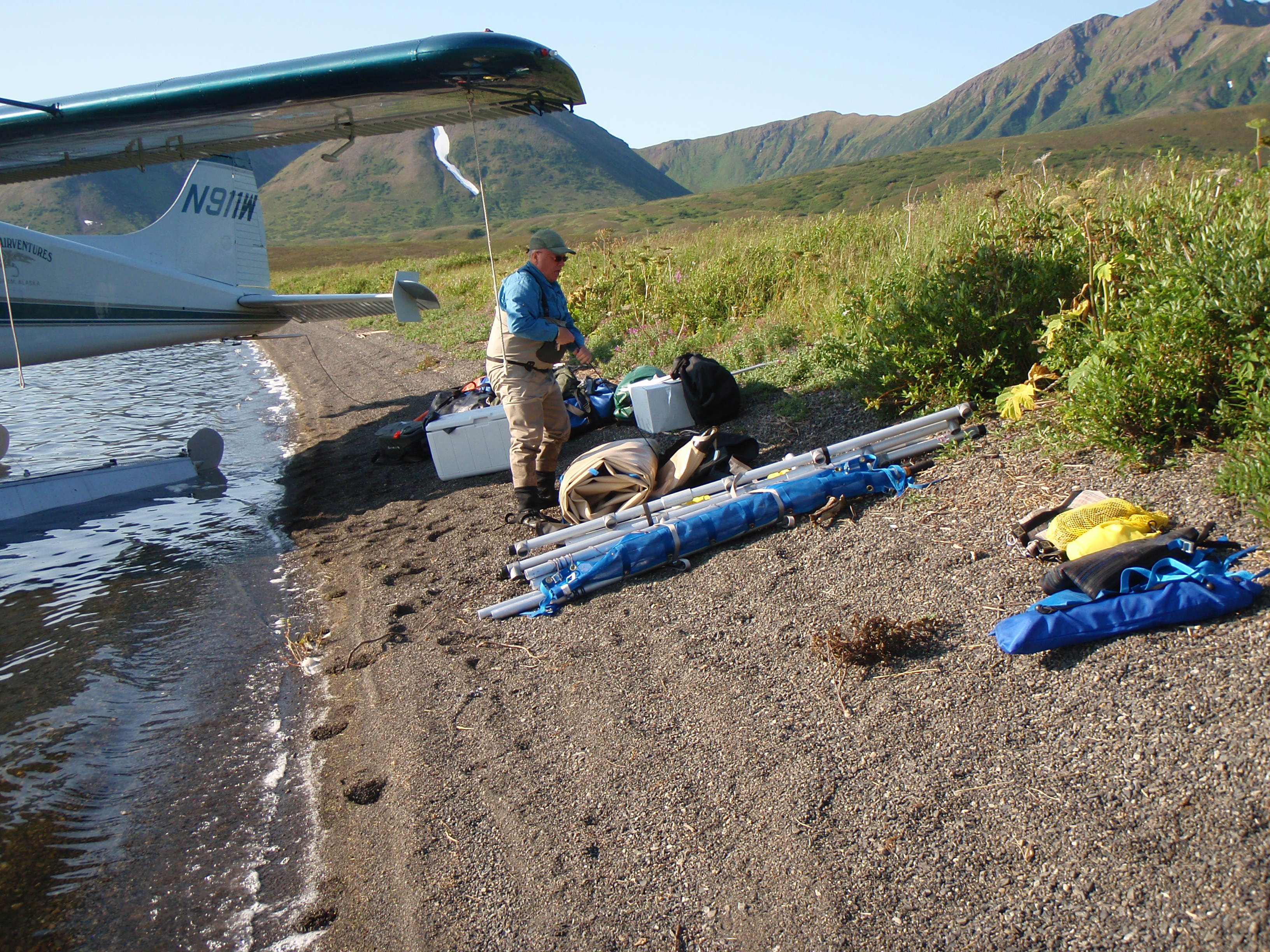 Then we floated down this river, 31 miles, 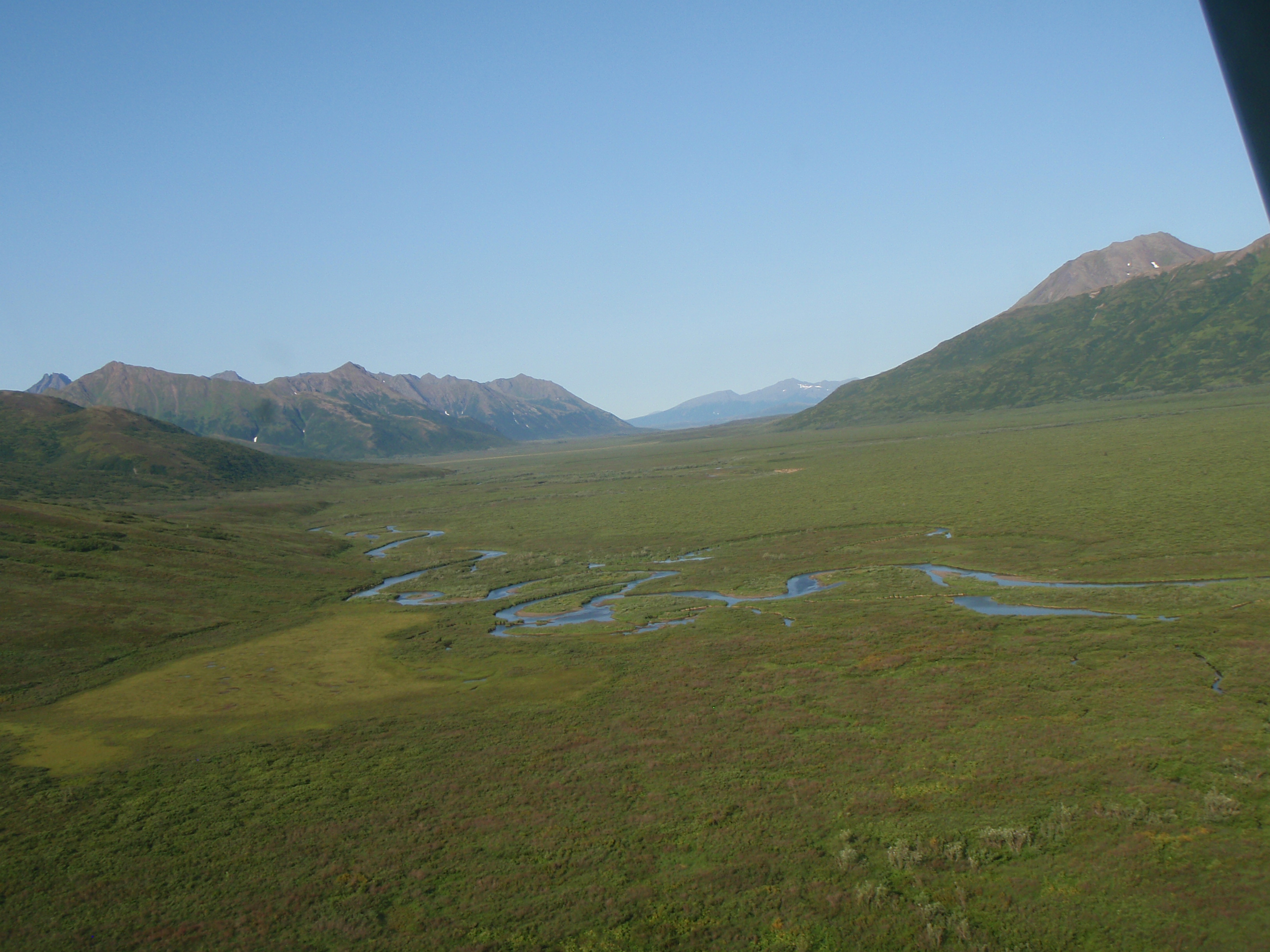 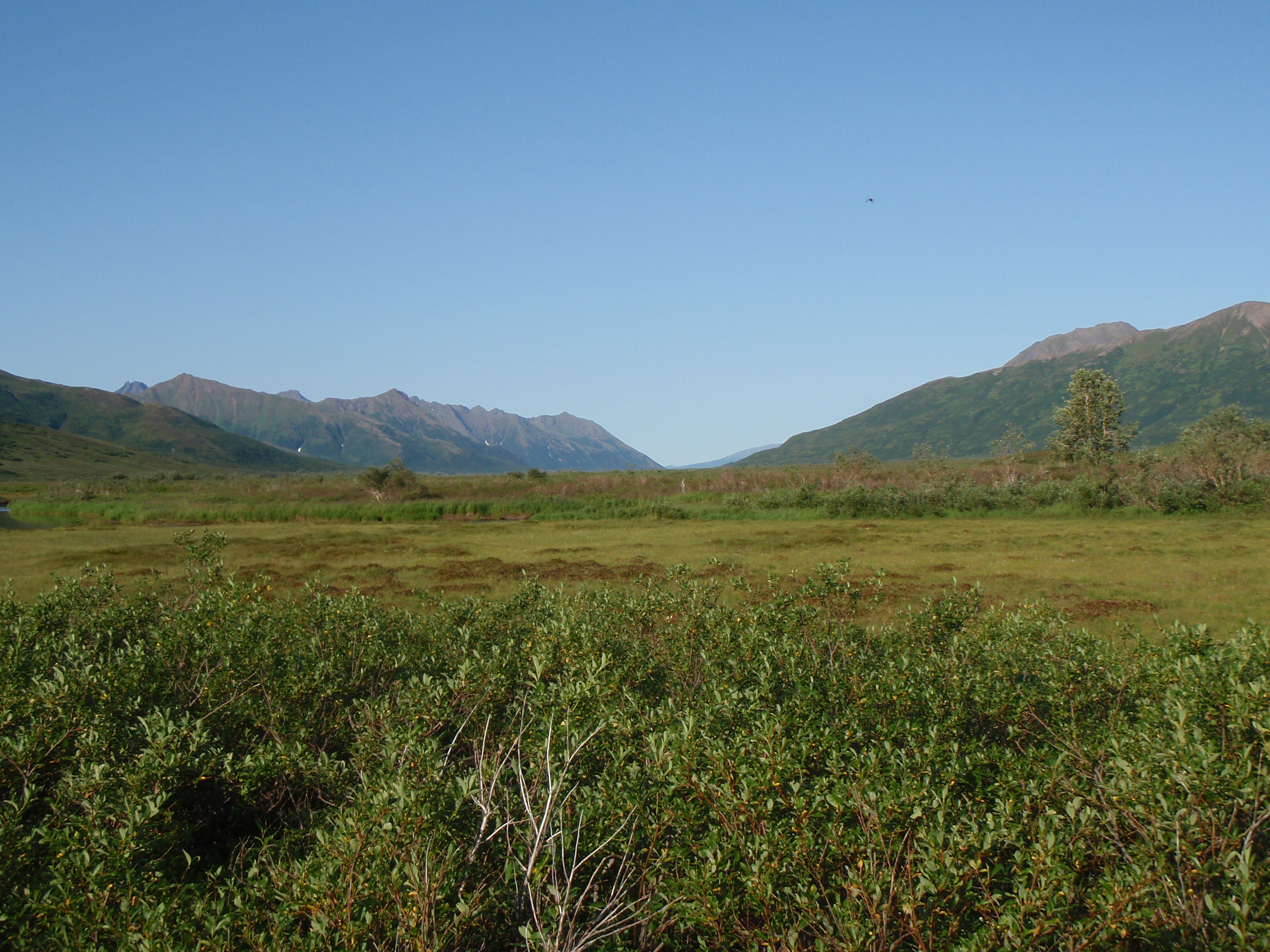 except the first day we dragged the boat a lot. It was shallow. We were tired by the end of the day.

But, way before the end of the day we started catching fish. Ken with a small grayling. 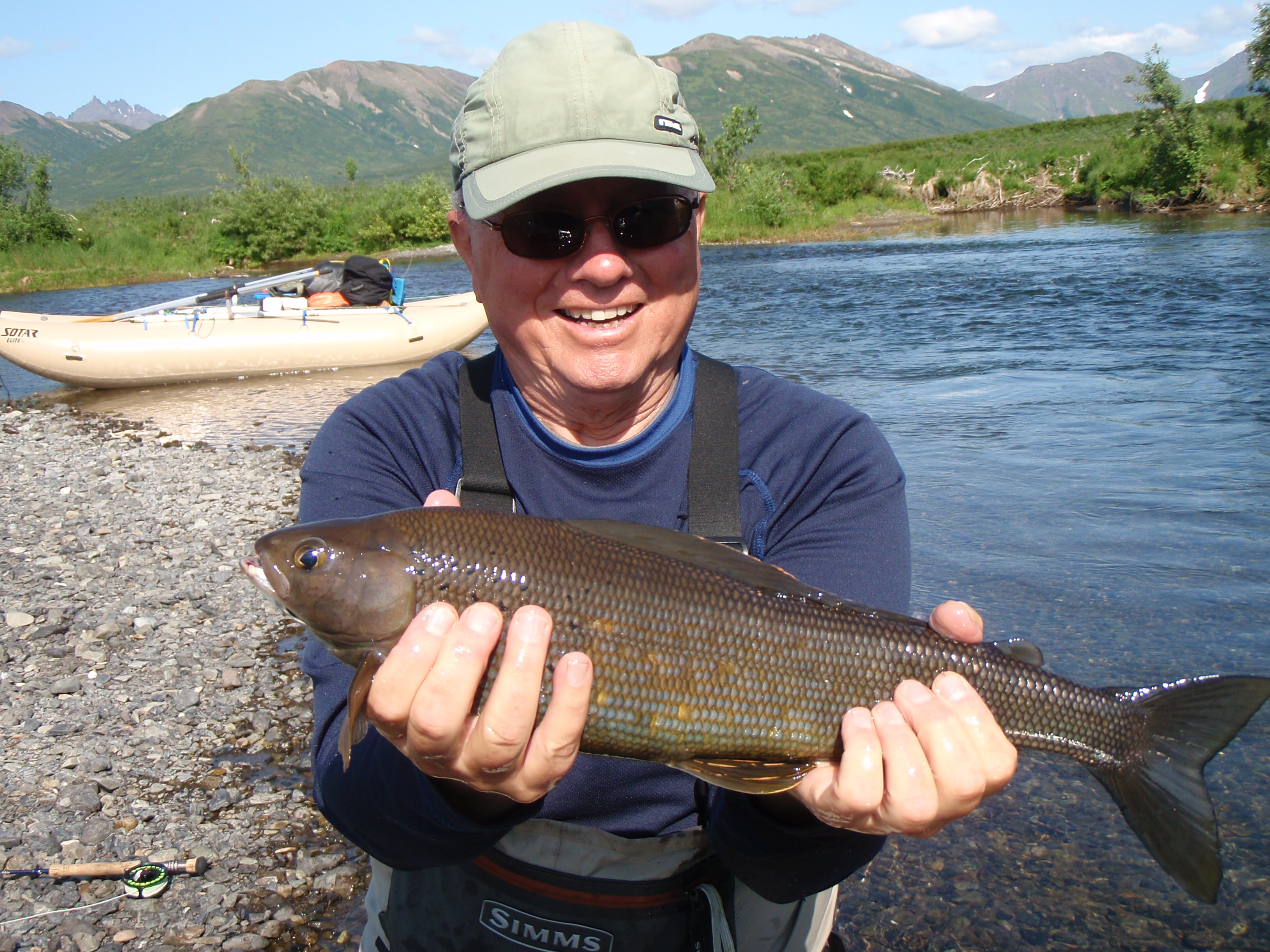 I don’t have all the pictures. The first day I tripped coming out of the tent and did a drop-and-roll . . .  right onto my camera. Toast. The disc compilation of photos from my friends cameras is coming, I’m told. Later.

At any rate, once we started catching fish, it never ended. The last day we fished, I think we caught a hundred fish, maybe apiece. I was very lucky. I caught a tiny variety: many, many, many, manymanymany grayling over 20 inches, and then equally as many, okay, more, moremoremore Dolly Varden (kinda like big brook trout), one 26 inches; and few and far between, salmon. I caught a few silver salmon, one big rainbow, a few pink salmon, and more Dolly Varden.

Then the rains and wind came, and I just wanted to be warm.

We crushed the barbs on the hooks, but in no way shape or form did we remove barbs from our obnoxious trash-talk to each other. If you taped it, you would think we hated each other. Not even close. The greatest thing was the other guys, and me I hope, helped out as much as we dissed each other. That is the measure of friendship. You dish it out, and you make sure there is a big bowl and a clean spoon to eat it.

Thanks, Scott and Ken. It was amazing. Now can I please have those photos?