How to get rid of guns: The 3-year plan

This post was originally written after Newtown. I’ve added some things.

We never passed a gun law against assault weapons after 2002 law was rescinded.

Why haven’t we got any new assault weapon gun laws?

The NRA lobbies all those Congressmen who want to get elected with NRA money,  Texans and their oil money contribute to TV ads about why changing gun laws won’t matter. After all, “Guns don’t kill. It’s the people who pull the trigger, particularly crazy people.”

If there wasn’t a trigger to pull, no one could kill 20 kids in minutes with a gun. Not crazy people, not smart premeditated sociopaths, not teenagers with a grudge. Of course there are still bombs. There you go again, trying to change the subject. Let’s concentrate on guns.

I’ve got a great proposal to get action faster, in the next year instead of a decade. You see, I know how hard it is to get things changed in people. I see it every day. Ask someone to stop smoking to prevent a heart attack, a stroke, lung cancer, or worsening asthma in their kids. Nah, Doc, I like my smokes. But when they actually get that heart attack, or stroke, or lung cancer, or their kid almost dies in ICU from an asthma attack? Everything changes in a Marlboro minute. You just need motivation. Ask any mafia boss: Threaten their lives? You get action. 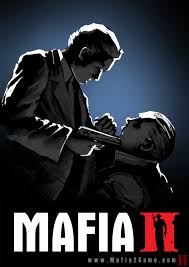 So here’s my Mafioso suggestion: It’s a three-year plan, gives gun owners a chance to get used to the new world.

Put a trace on all registered guns. Find out where they are in the community. Put their names on the internet. Top of the list, put anyone who owns an assault weapon. At the same time make a law that they have one year to turn those assault weapons in, or go to jail. If you turn it in in that year, you get a tax deduction. A BIG TAX DEDUCTION! BIGGER IF YOU TURN IT IN WITHIN A WEEK.

On day 364, at the stroke of midnight, not a second longer, all those guns are taken, confiscated, by force if necessary, and the owner jailed, five years for every automatic weapon confiscated that is registered. Any illegal ones found—life sentence. Any resistance, shoot ‘em. If they are in public office, other than a legal gun-toting law enforcement officer, they get fired, no pension and put in federal penitentiary for treason along with a front page mug shot on the New York Times, and of course the internet.

I think after a year, instead of 300 million guns there will only be 200 million.

Second year: go after ALL rifles.

Third year: go after ALL the handguns.

Of course there will be holdouts, illegal ones at that. They get death sentence if illegal. Others, double time in jail, no parole.

After three years you might have a few hundred thousand guns out there. Now that’s action.

What about people who hunt? They can only rent a gun from a bona fide, licensed outfitter, and only for the time they are hunting. They can only practice at registered shooting galleries, be they outside or in, after first renting the gun there.

Who will enforce it? Why those we trust in law enforcement and the military. You do trust them, don’t you? You better. They will soon be the only ones with guns. As it should be.

Maybe a little harsh? Ask any parent of a Newtown kid killed. They will agree, and may want even worse, like maybe shooting the owners first born.

THE END RESULT: a country without guns.

How it worked in Australia.

How many police would we actually need? The police we had might actually be able to concentrate on the illegal guns. There might be a lot more urban families with fathers.

Granted, after the first year you might have more crowded jails. But I think if you were really serious, and the gun owners saw that, maybe they would give up quicker. Of course maybe you would have a war on your hands. But at least the war would be about something important, saving kids and innocent people instead of oil.